This is the new media conference for Europe. Podcasting, blogging, online video, social media and more during this 2 day event in Manchester, UK....
by Mike Russell 23rd October 2014 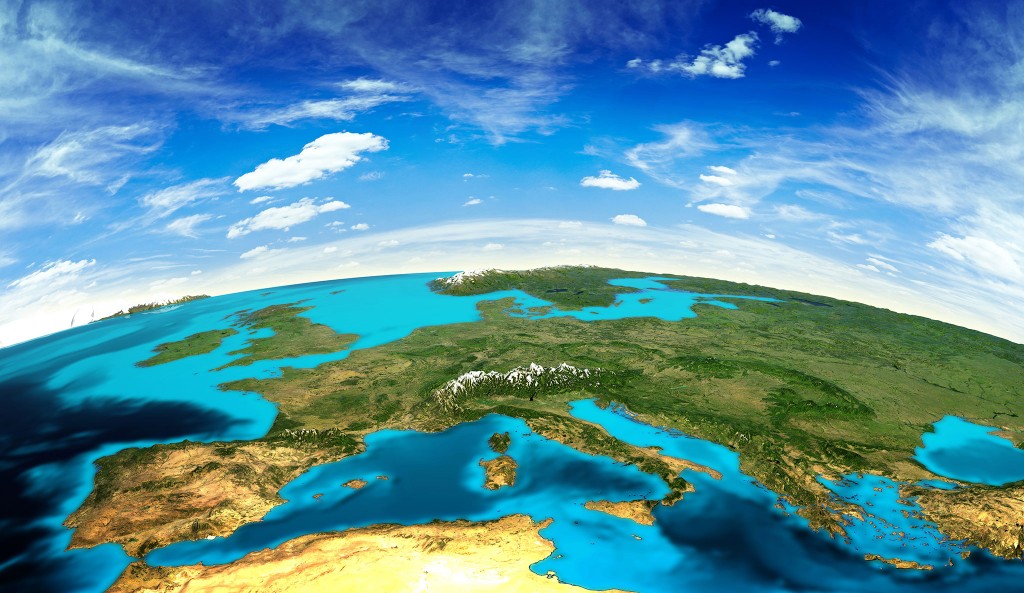 Hello I'm Mike Russell and Izabela Russell is joining me for this joint blog too!

We are the founders of the New Media Europe Conference, set to take place in September 2015 (more details about that coming up soon).

Who Are We and How Did New Media Europe Start?

As with any idea, ours started off with a passion ‒ specifically a passion for podcasting!

Since 2012, we have been heavily involved with this specific strand of new media, and have worked with hundreds of podcasters from around the world via our business: Music Radio Creative (where we create audio branding solutions for podcasters and businesses).

We have witnessed how powerful a tool it can be when used in the right context and in the right way. Lawyers, nurses, doctors, retail shop owners, estate agents ‒ all the way down to regular folks like us… one by one, they are able to grow their existing businesses or transform their passions into thriving enterprises ‒ and all of this with the effective use of the tools that new media presents us with today. The need for big investments, huge teams and/or years of planning is quickly diminishing.

It’s all happening right now, as we speak…

New Media is the Trend for Europe to Watch

However, there was one thing that concerned us: so far, this new media shift has been happening mostly in the US (North America); Europe has somehow become isolated within its own ideas, trends and worries.

A report from Nesta in the UK and the OECD in France reveals the depth of the digital entrepreneurship gap between the two continents. New ideas are simply not growing in Europe right now. New media has the power to help entrepreneurs and companies grow quickly, and that is why Europe needs to pay attention to this trend.

How Can New Media Help?

New media allows you to create your own audience, which you can access directly by building your very own online platform. No longer do you need to spend big cash on radio advertising, newspaper banners or television commercials. If you have an idea, you can create your own new media brand to surround it, and attract leads and loyal customers.

How is New Media Growing in Europe?

Initially, we were looking at the UK specifically (as this is where we are from). We started with a simple meet-up ‒ targeted at podcasters in the UK. We wanted to see if there are any people who, like us, view this as a powerful tool. This is how our group of UK Podcasters was born.

This group grew very quickly and we decided to put together a full-blown conference devoted to entrepreneurs who use podcasting as their content marketing tool. Back in August 2014, we had nearly 100 individuals who put their hands up and said, “That’s me ‒ I want to learn more about podcasting!”

We have welcomed individuals from many European countries: Sweden, Germany, Greece, Ireland and more.

Despite (as some of you may now think) fairly modest numbers, this event attracted some big sponsors: Skype, 99designs, Adobe, Spreaker ‒ companies with millions of users! They could see the potential in what many people in Europe have not yet fully realised . This isn’t an accident ‒ all of those big players can see how much of a growing niche new media is.

It was amazing to get all the feedback after the event, and to see how just one day inspired so many of you to take positive action! This is what gave us the ‘fuel’ to actually make sure that 2015 is bigger and better in every single possible way!

How Was New Media Europe Born?

This is how the idea of New Media Europe was born:

When we analysed what podcasting actually involves and most of all, what podcasters are likely to do and use, we came up with the following list:

Social Media ‒ knowing how to use social media effectively is a key for anyone looking to create their own tribe.Be it Facebook, Twitter, LinkedIn or Google+ ‒ they all have very different approaches and there are niche specialists out there who can help you with that. Social media is increasingly becoming the most important marketing tool for anyone who has a product or service to offer.

You need to make sure that your website is optimised to contain all of the relevant keywords. And what’s the best way to do that? Blogging! There are individuals out there who build their empires on the simple idea of a blog. There is so much we can all learn here!

Podcasting ‒ we have seen how much of a positive impact it can have on our business, and we have observed how individuals from around the world transform what they do with the use of this powerful tool. However, there is still a lot to be learned about this in Europe. Despite the fact that podcasting has been around since 2004, it has not yet been utilised to its full potential. This is why we are looking up to successful podcasters ‒ from various niches ‒ in the US, and we want to learn more about how this should be done in the correct way.

Many individuals venture into the audio aspect; there are fairly low barriers to entry here. So let’s assume you start with an audio podcast, but what about online videos, vlogs, videocasts, webinars and YouTube? Can we ignore these visual platforms altogether? There are people out there who utilise video for their overall content creation strategy, so shouldn’t we be learning more about that? This is where the Online Video element is introduced.

Let’s Get Your Feedback!

I wish I could see the hands of all those people who are watching this webinar live. That’s why we used the applause feature on Google+. If you had access to this feature, you’d see a thumbs up and thumbs down button underneath the video you’re watching.

We asked you to click the thumbs up button if:

If you still have your thumbs up, New Media Europe is the place for you to be.

It is time for us to reveal some exciting information about the special event.

Now, before you thumbs down at this and say: “Ohhh I was hoping it would be London,” we tried ‒ believe us ‒ we tried long and hard.

The sad truth is that London is 3 or sometimes even 4 times more expensive than other cities in the UK, and the cost of that would have been reflected in the ticket price. This is the second conference we have organised and the first ever New Media Europe. We wanted to make it as accessible as possible.

So we searched. We wanted to make sure it is in a major city in the UK and, most of all, near an international airport.

Hands down, the winner was Manchester. Two big airports around (Liverpool and Manchester Airport) and fast trains that run across the whole country ‒ meeting at Manchester Piccadilly ‒ this was simply the winning host city for New Media Europe 2015.

We have chosen The Midland Hotel in the city centre to host the event. It is a wonderful venue, well-connected and with plenty of history to show for it. We thought that it would be great to allow the new to meet the old (or the other way around)!

We are thrilled to announce the first two keynote speakers of the event.

For those of you who don’t know who Cliff is: he has trained thousands of podcasters from around the world. Cliff not only equips his Podcasting A to Z students with the technical knowledge to podcast with confidence, but he also helps you get into the right mindset for your podcasting journey. In the entire world, there is simply nobody more knowledgeable in the podcasting field. He simply is THE Podcast Answer Man.

Let’s reveal who is going to be holding our closing keynote:

Chris is a serial entrepreneur, speaker and author of the bestselling book, Virtual Freedom. Originally from the UK, Chris has lived in the Philippines for 14 years, where he founded several businesses, including an outsourced call centre facility, a virtual assistant recruitment hub and a co-working space. He is also a popular business blogger and podcaster.

Finally, we would like to thank our wonderful sponsors who already committed to support the event from now up until September 2015: 99designs (our design sponsor), as well as Music Radio Creative (the audio branding sponsor of the event). If you would like to consider sponsoring the event, and be included in future announcements like this, get in touch ‒ we have sponsorship opportunities available for both individuals and businesses. Simply connect with us via the “Contact Us” form.

Thank you for tuning in and GET READY TO BE HEARD!

The Future of UK Podcasters