Who to Add on Snapchat

These suggested entrepreneurs are all active on Snapchat every day and also have been involved with the New Media Europe conference in one way or another. Click their Snapcodes to...
by Mike Russell 12th March 2016

These suggested entrepreneurs are all active on Snapchat every day and also have been involved with the New Media Europe conference in one way or another. Click their Snapcodes to add them. 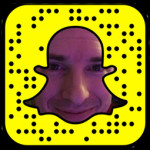 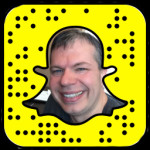 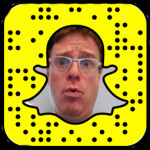 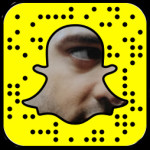 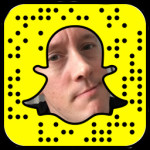 5 Entrepreneurs You Need to Add on Snapchat Now!

imikerussell – That's me! I'm sharing my journey. 100 new media tools in 100 days. I'm testing 100 ideas to make New Media Europe 2016 the biggest and best yet. I'll report my strategy and results in this daily Snapchat vlog.

cliffeotc – Cliff Ravenscraft is an inspiration and the reason I donwloaded Snapchat in the first place. Cliff is a great example of how to do Snapchat stories the right way. He also repurposes the content and posts it on his YouTube channel. Cliff was the opening keynote at #NMEU 2015.

iagdotme – Ian is THE social media man! His site is called Seriously Social and his stories contain a mix of business tips, social media strategy and his life in the great city of Manchester. Ian is also a speaker at this year's event.

philpallen – Phil is a branding strategist from Los Angeles. He's a Snapchat jedi and is making great use of geofilters and other cool features on the platform you should add him and come to New Media Europe 2016 to see him inspire on day one of the conference!

chrisducker – Chris is raw and present in all of his snaps. You feel like you're there with him getting things done! He shares online business tips and, at the time of publishing, he's snapping from #TTT16. If you don't want palm tree envy add him and start watching his story in a couple of days 🙂 Chris was the closing keynote speaker at New Media Europe 2015.

I'm So Excited About Snapchat

Do you ever get one of those nights where you literally cannot sleep, you're so excited about what you're going to do the next day? Today is day 3 of 100 New Media Tools, to promote New Media Europe, and I am going to focus on Snapchat. How meta. First, though, I need some sleep.

Today my goal is to be raw, natural, and authentic on Snapchat, and avoid Easter eggs. As part of my 100 New Media Tools to promote New Media Europe, I'm focusing solely on Snapchat today, that's you. You. A huge thank you to Cliff Ravenscraft for introducing me to Snapchat. Cliff is the reason I have downloaded the Snapchat app. His stories on here are inspirational, and get ready to screenshot, I'm about to show you Cliff's snap code.

How To Growth Hack Snapchat

Right, I'm going to go and have some breakfast, and then today I am focusing on growth hacking Snapchat. Growth hacking? Can you even growth hack Snapchat? Considering Snapchat growth, you need to either have the person in your phone book, you need to know their snap code or their username. So really, not that easy to growth hack, but I have a few ideas.

Number one, I'm going to use Facebook and Google ads to grow my Snapchat account in a meaningful way. As I'm organizing a New Media conference for podcasters, bloggers, and vloggers, I'm going to target people in London aged about 25 and up who use iOS and like Snapchat. If you've just found me and my story via one of those ads, welcome.

2. Update all Your Profile Photos on Social Media

Idea number two, I'm going to update my social media profile photos everywhere with my snap code, and I mean everywhere, today. That way the tribe that already follow me on social media get the chance to know that I'm on Snapchat, and hopefully will join me over here on Snapchat.

How to Get Snapchat Follows

To recap, method number one will find me people that don't already know about me, two will bring my existing tribe to Snapchat, and three involves you helping me on Snapchat.

How to Use Buffer App