I thought I'd share with you some of my trials and tribulations, which may help other potential podcasters with 7 tips for beginner podcasters....
by Phil Olson 7th March 2014 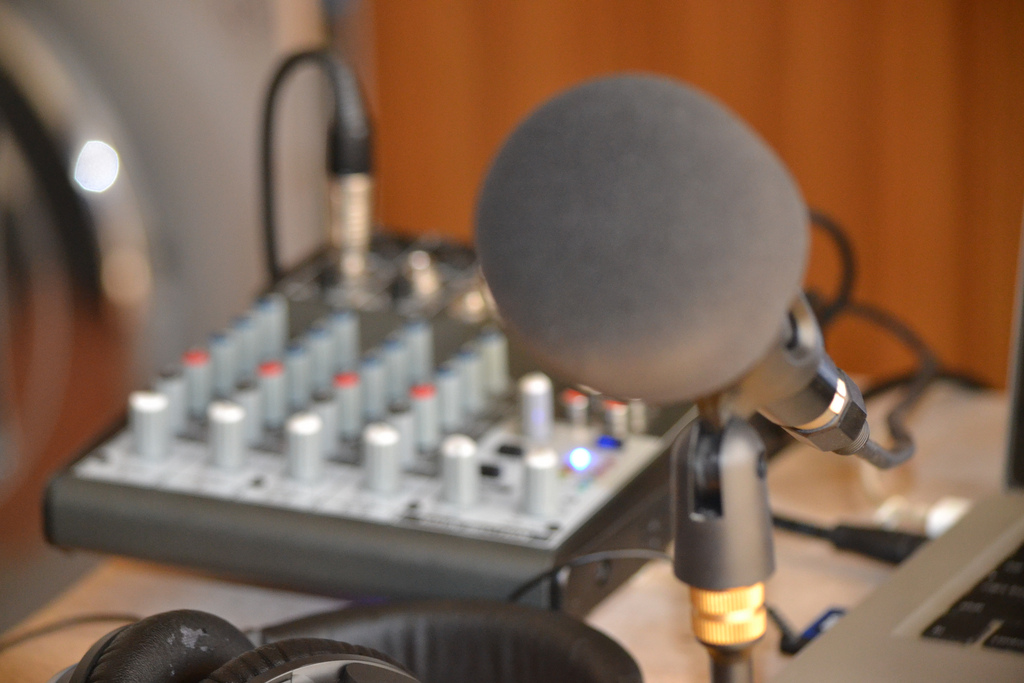 I love podcasts and podcasting, but despite my podcast, Virtual Pizza, being around for a couple of years, I still consider myself a beginner with only 16 episodes released. I thought I'd share with you some of my trials and tribulations, which may help other beginners from going down the longer path before they start their journey!

Back in November 2005, Guardian Unlimited released a series of 12 podcasts from comedian Ricky Gervais. Throughout January and February 2006, the podcast was consistently ranked the number one podcast in the world; it appeared in the 2007 Guinness World Record for the world's most downloaded podcast, having gained an average of 261,670 downloads per episode during its first month. By March 2011, the podcast had been downloaded over 300 million times!

This phenomena introduced me to the world of the podcast and when a gaming community I belonged to started their own podcast in 2008, the O35s (a podcast for ‘mature' gamers), I was officially hooked! Here was this exciting medium, bringing rich content that I was interested in on a weekly basis. And free!

I'd always been passionate about sound production, spending my time at university learning music engineering and production, with a stint at the Royal Exchange Theatre in Manchester as sound designer. Unfortunately, my career took a completely different path into IT and project management.

As I progressed in my IT career, my dreams of working in audio production diminished into the distance, with the passion I once felt for this field left far behind.

However, as I listened to more shows, amazed at the audio quality and production values of podcasts like We're Alive and The Leviathan Chronicles, I realised that this was a door back into the audio world that I'd loved so much.

My initial idea was to produce a fully casted audio drama – maybe slightly over ambitious for my first foray, and soon came up with the idea for Virtual Pizza. I wanted to produce a magazine style show, covering all aspects of digital media, with articles from multiple contributors.

Virtual Pizza – devouring the digital world, one slice at a time

The format sounded fantastic, completely unique and I was sure it would be a sure fire hit! I bought a domain name, created a website and a month later released my first episode.

I spent so much time in post production, each 40 minute episode was taking 8 to 9 hours to complete. I'd take the submissions from fellow podcasters and friends, clean the recordings up, add music/effects, eventually packaging it all up in a show. I'm really proud of the quality of shows in my early episodes (1 to 10), the feedback I was getting and listener numbers I was achieving were fantastic!

However, the main problem with the format that I rigidly stuck to was that it was completely dependant on the contributors making up the majority of the show content. Without regular contributions, production of episodes became less frequent, eventually leading to 1 every few months.

It was about this time that I discovered the world of podcasts about podcasting. I completely immersed myself into the world of Daniel J Lewis' The Audacity to Podcast, downloading virtually his whole back catalogue. The idea of continuing and improving my podcasting endeavours really excited me and I learned an enormous amount, consuming 8 to 10 episodes of Daniel's fantastic show at a time.

Unfortunately, ‘procrastination' had now become my middle name. I felt I needed to listen all of these episodes before I restarted my own podcast. Then I discovered Dave Jackson's School of Podcasting with a few hundred episodes in his back catalogue.

In addition to this, I'd decided that I needed new gear. I'd started out with a Blue Snowball USB condenser microphone and all of the shows I listened to raved about dynamic mics, mixers, pop shields, etc. etc. So of course I ‘had' to have these before I would start again.

This took a couple of months, spreading the cost. But it didn't end there! I then thought that I ‘had' to sort out my recording environment, not happy with the acoustics of the room I was recording in (which to be honest weren't that bad!). So I converted a built-in wardrobe into a home office/recording studio.

OK, so that was me ready to go. During the time off, I'd been in touch with my article contributors and unfortunately none of them were able to make a regular commitment. Which leads me to startup tip number three.

3. Don't Be Afraid To Experiment

Early on in your podcast, before you build up a larger audience, play around with your format and see what works and what is practical. Episode 10, the Horror Special, filled with guest articles and an interview, was hugely popular. I changed the format of the show to just me with the occasional guest article and my audience numbers dropped by 60%! Admittedly, there was a 4 month gap between shows, so a fair number probably thought I'd ‘pod-faded'. Fortunately this has started to slowly rise again, but my confidence took one hell of a knock!

What has helped in building this audience back up has been consistency, which is tip number four.

4. Set A Schedule And Try To Keep To It

I now ‘aim' to release my shows on Sunday nights, ready for people to listen during their Monday morning commute. This allows me to record at some point during the week, giving me time to use the weekend if necessary as a buffer. Ideally I should be setting regular times to:

The podcast coaches advise that for every minute of recorded content, it'll take 4 minutes to prepare/produce. Virtual Pizza is running at about 20 minutes a finished show, with prep, recording and production taking about 3 hours.

With my current work, setting and keeping to a schedule has been really difficult, but will be one of my targets for 2014 to set a schedule and keep to it. It's so easy to put off recording for something else. Getting home at 8pm at night from work when I've left at 5am isn't fun, and often the last thing I want to do is sit down and record something.

Loyal listeners expect and rely on your content. They'll give you some grace for a few mishaps, but leave it too long and you'll lose them.

5. Don't Worry About Your Audience Figures

I still find myself making this mistake. I even had my Libsyn stats page set as one of my home tabs in Chrome! The median download number per show (per month) is between 180 and 200, with 50% of podcasts below that and the other half above it. I used to obsess about not having huge listener figures – but don't worry if you only have 50 listeners per show. If it's a loyal base they'll keep listening and recommend you to their friends. Those 50 individuals are coming back repeatedly to listen to what you have to say! Just picture a room full of those people, all there to listen to your every word – it's amazing!

6. Don't Worry Too Much About Your Initial Setup

The temptation when starting up is to spend hundreds (or even thousands) of pounds on getting yourself set up to podcast. However, unless you're absolutely sure that podcasting is right for you, I'd advise against it. I'd hate for you to buy advanced kit and then decide after a couple of episodes that it's not really for you.

Getting started requires very little. A computer and some way of recording is really all you need. I won't go into detail here about how to actually start up, there are a lot more experienced and knowledgeable people in this community than me who can provide much better advice!

Here are a couple of basics:

I started out with PodBean, who on the surface have some very attractive packages. However, not only do they have file storage limits but also it is very difficult to move from their service to another as they have full control over your podcast feed. After a lot of research I recently moved to Libsyn, whose customer service has been amazing. The migration, though partly automated was quite arduous. I only had 13 episodes to move over, if you've got hundreds it could be a real logistical operation!

WordPress is free and there are some fantastic free templates.

Don't Over Stretch Yourself

The stress of creating a hugely ambitious show can actually put you off!

7. Have Fun And Get Involved!

Podcasting has opened up a new passion for me. I haven't been so excited about a hobby for years, and I'm finding that there are plenty of people who fee the same!

I highly recommend that you sign up to Google+, if you haven't already and join the ‘Podcasters‘, ‘Podcasting Technology Resources‘ and of course ‘UK Podcasters‘ communities. I've lost count of the number of queries I've been helped with, often in great detail, and have found myself being able to help others out to.

Hope this helps as you start in this fantastic hobby. If you already have a podcast, what with hindsight would you have done differently?