Podcasting in Europe: The Best Podcasts in Europe

It's not just the US and UK dominating the podcast charts. Many European countries have their own top podcasts too! A year of reading the world is a great...

It's not just the US and UK dominating the podcast charts. Many European countries have their own top podcasts too!

A year of reading the world is a great concept yet there is also the chance to listen to the world too. Apple Podcasts have a different chart and rank podcasts specific to every single country in the world. The native language podcasts that sit at the top of the charts in different countries vary widely. One day Google Translate will work in real time and we'll be able to consume any podcast in any language.

In the meantime here's a summary of the best ranking podcasts in a few countries of Europe. I don't want to encourage any stereotypes but the interests from country to country vary dramatically.

There is no getting away from it. Sex is at the top of the podcast charts in Deutschland and it seems a popular topic with two sex podcasts in the top 10. Oh, Baby! Der Podcast für besseren Sex is at the number one spot where Marie & Isabel spend 30 minutes strolling through the bars and cafes of Germany asking experts for tips about having better sex. Sexvergnügen is a top ten podcast in Germany focusing on sex and hosted by Leila and Ines. Other top podcasts in Germany cover topics such as happiness, history and psychology.

There are also some mainstream players such as ARD and SWR2 producing German podcasts. 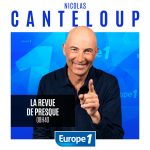 The French podcast charts are currently dominated by mainstream media players such as Europe 1 and RTL. Cultural topics covered include history and philosophy. The French presidential election is also most likely influencing podcast popularity. A large amount of news and current affairs podcasts may peak in the podcasting chart of France. The current number one is a magazine show hosted by well known French impressionist and Europe 1 radio host, Nicolas Canteloup. 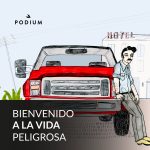 In Spain podcasting has much more of an entertainment focus with comedy podcasts, such as Oh My LOL, featuring highly in the charts. It's a mix of shows with open topics of discussion and news coverage faturing highly in the top 10. The number one podcast in Spain is currently Bienvenido a la vida peligrosa which seems very much to be Spain's answer to Serial and S-Town. It's a short story form podcast. Philosophy, sex, violence and drug trafficking mix together in a compelling audio drama podcast mix.

What Are The Best Podcast Ad Formats?