We're excited that Spreaker is the platinum sponsor of New Media Europe 2015! It is Europe's fastest growing podcasting company and, at the helm, is CEO and co-founder Francesco...
by Mike Russell 4th September 2015

We're excited that Spreaker is the platinum sponsor of New Media Europe 2015! It is Europe's fastest growing podcasting company and, at the helm, is CEO and co-founder Francesco Baschieri. Here's a chat that we had recently with Francesco about podcasting, entrepreneurship and #NMEU. 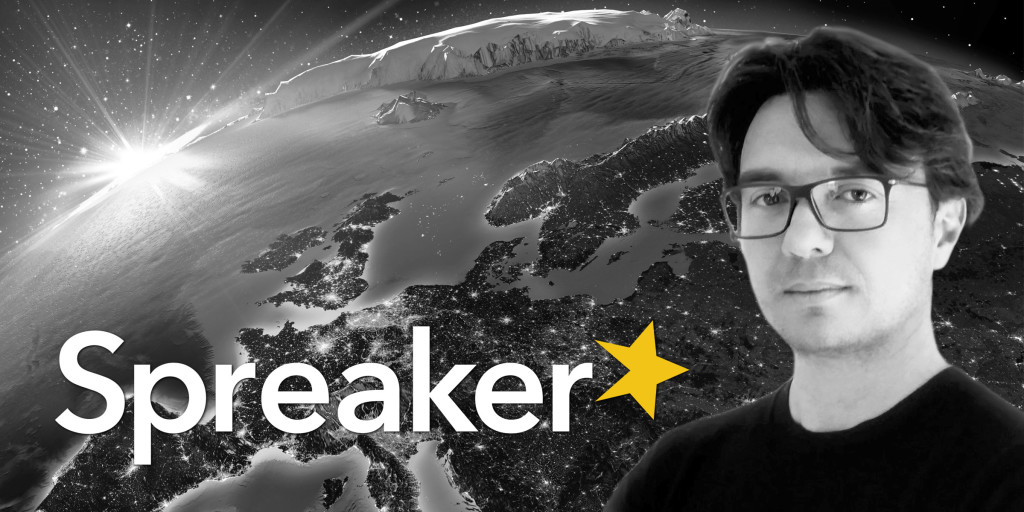 You are the man behind Spreaker; how did you come up with the idea of creating a podcasting company?

Thanks, but Spreaker has been a team effort since the very beginning, so I can't say I came up with the idea. Actually, the idea “emerged” after a few weeks of discussions between me and my co-founders.

I think it was probably late 2008 or early 2009, and we were all intrigued with audio’s transition to digital media – companies like Pandora and Last.fm were already popular and Spotify was just starting up.

I remember thinking that on one side, the music streaming market was already too crowded, and on the other podcasts were kind of fading out after their initial boom.

We believed that one of the top reasons why the media wasn’t catching up with that boom was the fact that it was really too technically challenging to create audio content, and we decided to fix that. At the same time we wanted to throw in a little more spice, like the ability to do live broadcasts, which could be useful in many scenarios. And so we started building Spreaker.

What are 3 tips you’d give to other business owners?

* Perseverance is probably the most important trait in order to succeed. Almost everything takes way longer than expected and a lot of people give up too early. The road is bumpy – well, it's actually a roller coaster – so be prepared for it!

* Be laser focused. Sometimes it's ok to test many things out at the same time, especially when you don't have a clue on where to start. But when you find something that works, drop everything else and focus on it 100% until you start seeing diminishing returns. Then you can start over.

* Work with people you trust and respect. That goes for co-founders, employees, and customers. Ditch everyone else.

Podcasting and media: what is the actual role of podcasting within media?

The good news is that podcasting seems to be the shiny new object, and everyone wants to try it.

The better news is that podcasting has been around for a while, it's not an overnight success, and it has somehow proven itself: some advertisers have been seeing great ROI for a long time now, which means that the medium works.

Now it's all a matter of reach; in order to be able to capture a larger portion of the advertising budget and get those brand advertisers that we all would like to get moving, it needs to keep this momentum and grow bigger. I am optimistic.

How do you see podcasting in 3 years, keeping in mind Serial’s effect? 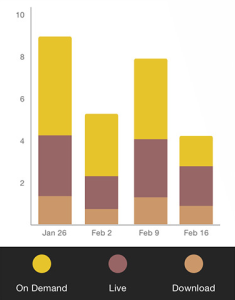 We all know that the biggest hurdle to overcome is opening up access to great content. Spoken word formats tend to appeal to an older demographic than purely musical content, which means less early adopters and less viral success.

But we're finally getting there. I think that the next big steps to take will be with Android (by the way, we're working on something new here) and the connected car.

When consumer behaviour shifts, everything happens fast. Media companies need to be quick in adopting a new channel, and I believe we will see a lot of overlap between “radio” and “podcasting”.

But the playing field will be levelled for everyone, so content will be king. And due to its ease of production, I believe that podcasting will have an impact more similar to text rather than video.

Video is hard to do and the big productions will always have an edge. Text is easier, and for this reason individuals and small teams can compete with larger publications. For instance, we saw independent tech blogs or fashion blogs literally killing the incumbents in their segment.

I believe the same thing is possible in audio.

Why did you decide to have Spreaker sponsor New Media Europe, and what do you expect from the event?

I think we decided right at the beginning! Though we're a US Company, we have our roots in Europe and we are pleased to be part of NMEU.

We’ve seen the conferences in the US and their growth in the past few years. Hopefully the same thing will happen in Europe, though the issue of different languages and cultures slows us down a little.

Anyway, we want to be there; we want to get in touch with the community and get their feedback, learn, and educate on the things that we know. We believe that this is an industry just starting to shape up, and we need a good start.

What will Spreaker’s next steps be? Any news that you can tease the readers with? 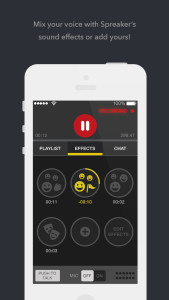 We have been working hard this summer, and in the Fall we will be releasing two new products.

I will outright say that one will be a new Studio application, this time for desktop environments (Windows and Mac) that will have some unique features we believe will make our users very happy. And this is just the first release; we will always keep updating the Spreaker Studio Suite (web, desktop, iOS & Android). We’ll be showcasing this particular product at the conference.

The second product is still a secret, but I’ll give a hint and say that it will be a mobile app running on Android (with, of course, the iOS version coming up next). Maybe you'll be able to get a sneak peek at an internal beta version if you reach out to us at New Media Europe!

Goodies for All Our Attendees