The best multitrack audio editor on the planet just got a whole lot better with the Adobe Creative Cloud updates for 2017.

The best multitrack audio editor on the planet just got a whole lot better with the Adobe Creative Cloud updates for 2017. See what's new in Adobe Audition.

This video includes a look at the latest Adobe Audition features that I'll be using.

Here are some of my favourite updates included in the release that was pushed out to Adobe CC subscribers on 19th April 2017.

This allows for seamless and easy editing of 5.1 surround sound tracks in the multitrack. You simply drag in the audio and can visualise it as different tracks right in front of your eyes. Left, Centre, Right, Left Back, Left Right… they're all there! Watch it in action with Durin Gleaves:

The awesome audio producer in your pocket Essential Sound panel, that does all the hard work for you to make your audio sound great, now appears natively in Adobe Premiere Pro. This idea first started life inside Adobe Audition.

Watch the new real time frequency display and audio dynamics information as you use some of the best presets and settings inside the Effects menu of Adobe Audition.

Want to learn all the Adobe Audition hotkeys but you've never had the time to trail through the docs? Now you don't have to. The visual keyboard shortcut editor inside Adobe Audition will visually show you details on every key you've ever wanted to know about. 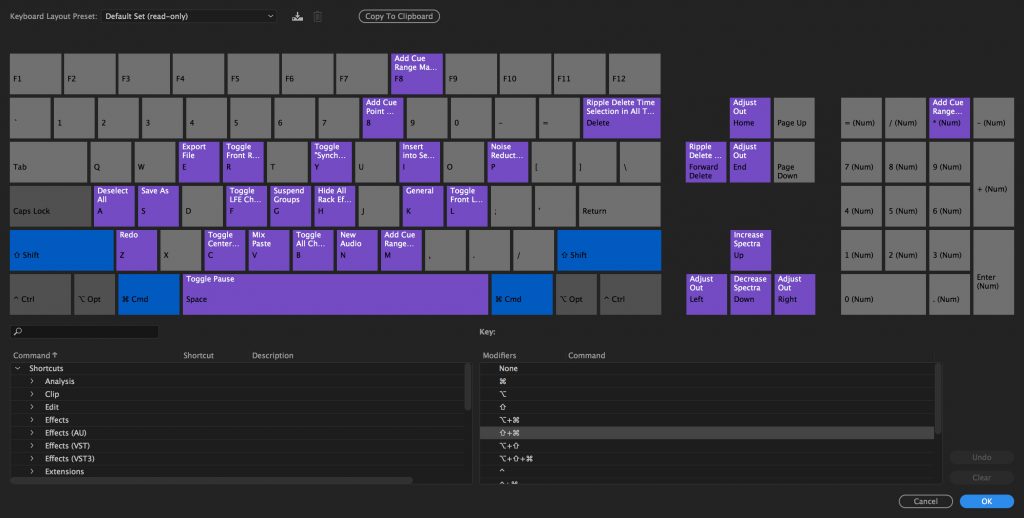 An awesome feature in the Adobe Audition 10.1 release. Now you can ripple delete gaps in the multitrack and it's even assignable to a hotkey in the visual keyboard editor.

You can stop and jump in any way you'd like using space bar and the “K” key on your keyboard.

My final thought is that you should certainly hit upgrade for this stable version of Adobe Audition. If you're not already subscribed to the Adobe Creative Cloud you're missing out on some great new features!