We had a great UK Podcasters meetup in London with Chris Ducker as our guest of honour. Listen to Chris talk about his book, masterminds and UK podcasting....
by Mike Russell 22nd April 2014 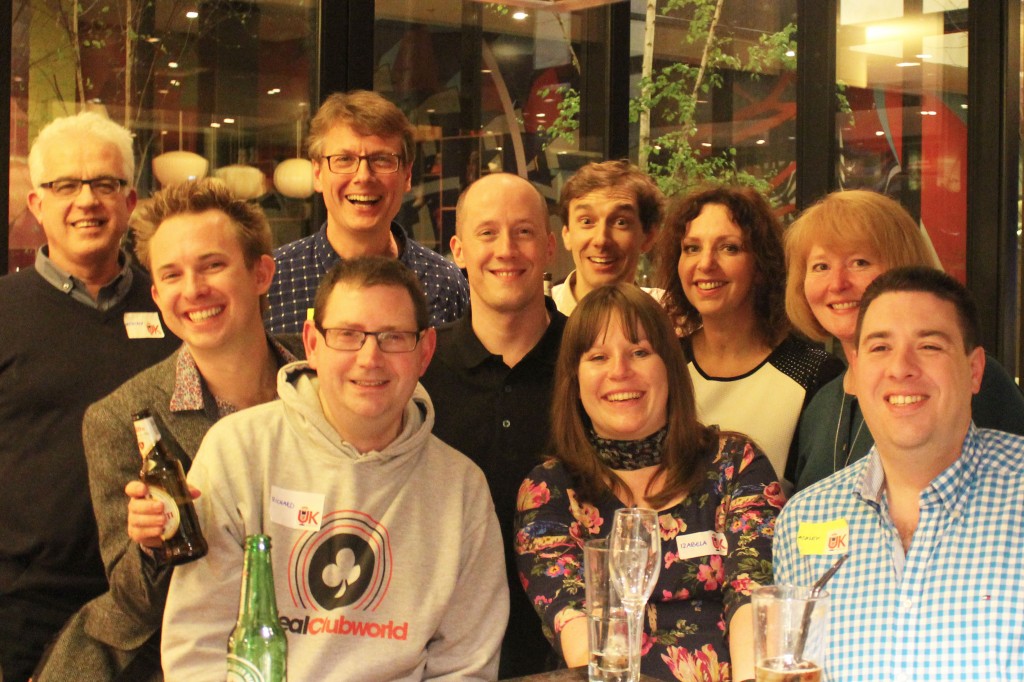 We had a great UK Podcasters meetup in London with Chris Ducker as our guest of honour. Listen to Chris talk about his book, masterminds and UK podcasting. 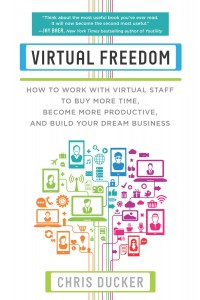 It ended up being a lot more work than I anticipated. I looked at the book launch in exactly the same manner as I look at any other kind of launch, whether it be an online product, or a service, or a business, or whatever. I do business online, but I also do business offline as well. I'm very much a brick and mortar guy. I've launched everything from yoga studios to coworking spaces. I really approach it with the same kind of mentality of really just flipping a switch, planning like crazy, and then having the best things in place that I could to help me execute.

Chris On The State Of Podcasting In The UK

The UK is catching up. Let's not beat around the bush. We're always a little behind our friends on the other side of the pond, I mean America. I've been saying it for years that the UK is a market that's ripe when it comes to, not only podcast, but entrepreneurship in general. When you get groups, like you and your better half have put together, and worked hard to grow, even in the short space of time you've been doing this. That means a lot, not only that it means that you guys are passionate about making it happen, but the fact that it's growing shows that there's a genuine passion there for that. I think that overall, just the whole new media space in the UK is good. You're literally 18, 24 months away from an explosion, literally. 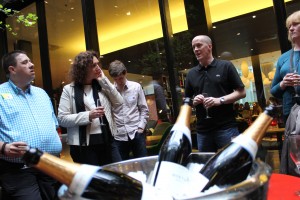 For me, I like doing that stuff. Yes, I make a little money out of it, but I like doing it, because I like being around other like-minded entrepreneurs. Even though I'm the host of the event, I still walk away form those kind of events with a crap load of content for myself, and ideas, and clarity, just being able to have the ability to be able to bounce ideas, and concepts, and strategies, and discuss problems, and issues, and find solutions to those problems with other like-minded entrepreneurs. It's huge, absolutely huge. If I was to live in the UK… I haven't lived here for 14 years now, but if I was to live in the UK, there's no doubt in my mind I'll do a couple of those days every single month, because I love them so much.

Why Are There Few In UK Doing “New Business”?

It's a comfort zone thing. Here in the UK we are very conservative. We like to think that our 9 to 5 jobs are going to be there forever, and all the rest of it. We were just discussing this with the rest of the group here that people are scared. It's the fear of the unknown, isn't it? Fear of the unknown, and not knowing what will happen if I take the plunge. But I believe that if you have an entrepreneurial spirit burning inside of you, if you don't take the plunge, you are doing the world a massive misjustice, because you can provide answers to people's questions. You can provide solutions to people's problems in a way that no one else can. 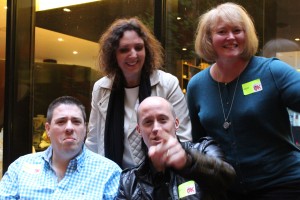 Chris On Growing A Virtual Team

I'm using the term outsourcing less, and less, and less now, because I don't see it so much as outsourcing anymore. I see it as just growing your virtual team. If you look at any team in any sport, they've all got different positions, and all the different things within those positions, doesn't matter what sport it is. Football, you've got the midfielder, the forward, the striker, the goal keeper. They all do different things. They all get paid different things. They all have to work in different ways. I believe that it comes down to just getting started in the way that's right for you, working on the task that you need taken care of there and then. 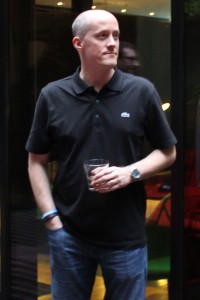 How Did Tropical Think Tank Go?

It went brilliantly. In fact, it was way more successful than I even imagined it would be. We had a really, really, really good team of speakers, first and foremost. It was like an all-star game. It was insane to get all those guys over in the Philippines. It was just ridiculous in the first place. Let alone, for almost an entire week. Then I have them on stage blowing the minds out of 25 entrepreneurs. It was a very small event. It was an exclusive event. It wasn't cheap. It will be more expensive next year, because we want to up it even further.

There's certain core elements that I will keep, there's certain things that I will ditch. There's new things we've got planned for already. I'm already talking to a handful of speakers that might potentially want to come and convey their message or whatever. It was just great. It was great to be able to help. When you get people come up to you, and say genuinely, “This was life changing.” This has changed my life. Just that kind of stuff, it just humbles me so much as the host of the event and the organizer. I wish I could do like 5 a year. I really do. I can honestly say to you that and the book coming out within a month of each other, a couple of weeks of each other, that's the 2 biggest defining moments in my career as an entrepreneur. Hands down.

What Else Has Chris Ducker Got Planned?

I'm speaking a lot this year, a hell of a lot. I'm speaking more this year in 1 year than I probably have done the last 2 or 3 years put together. I want to get the message of Virtual Freedom out there. I was very blessed to be invited to a lot of events, some of which I have to turn down, but most of which I have accepted. The one event for me that I'm looking forward to, above and beyond everything else, is Darren Rowse's ProBlogger event in the Gulf Coast of Australia. To be invited to speak at Darren's event, where he only has a couple of international speakers. It's very Aussie centric. I'm speaking on the subject to personal branding and building your online brand. To be invited to speak at the ProBlogger event by the ProBlogger himself, that's pretty hardcore. I'm really looking forward to that. I'm keynoting 3 different events this year. I'm speaking at FinCon in New Orleans for Phil Taylor. That's huge. There's so many events. 2014 is just… by the time the year's over, it's going to be one big blur that I'm going to look back on with a big, big smile for many years.

We're there, kind of, already, just in a way that we do work on a day to day basis. Our phones are almost like a mobile office, if you think about it. A decade, or even 20 years from now, holly cow. I don't know. There's going to be more change, I feel, in the way that we do business. As business owners, as entrepreneurs, I think there's going to be more change in the next 5 years, than there probably will be in the next 10. I believe one of the reasons why is because of groups just like your group, just like a podcasting group, just like people that follow the 4-Hour Workweek book, or the concept in that book, or Virtual Freedom, or just blogging and online business in general.

Chris Ducker On His Social Media 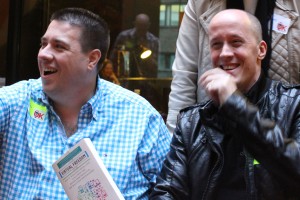 It's all me on Twitter. I'm not be a big Facebook fan. I'll be the first to admit that. If you want to connect with me in social media, Twitter is the way to go.

I also love Instagram. I'm a visual guy. As human beings, we're visual anyway. The fact that It's just so easy. You take a photo, boom, boom, boom. 2 clicks later, it's live for the entire world to see. I love Instagram. Bring Instagram and Twitter together, and you got a social media love affair that is… it's borderline sexual, it's that great. You know what I mean? It's borderline sexual, I love it. I wish Twitter bought Instagram, instead of Facebook.

ChrisDucker.com that's my home online. Everything I do is linked through there.

Helping The UK Podcasting Community To Succeed Together