IBC Amsterdam 2017: The Meeting Place for Digital Media and Entertainment

IBC Amsterdam 2017 (aka International Broadcasting Convention) is a huge European conference that you should consider attending in September. 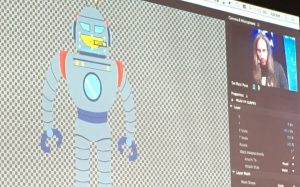 If you're a tech geek then IBC 2017 is certainly the event for you. You'll find stand after stand of cutting edge, not in the shops yet, technology. It's all hands on so you can have a play with the gadgets and even chat to the creators. Last year at IBC 2016 I heard about Palette Gear for photo, video and audio editing. I tested a ton of different plugins from iZotope. I even watched Jason Levine, Principle Worldwide Evangelist for Adobe, showing off the new Adobe Character Animator. 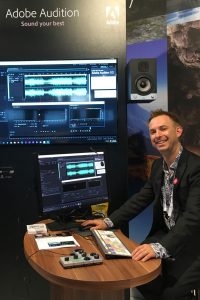 I was honoured to be invited by Adobe to speak on their stage at the IBC Show 2016 about Adobe Audition. As you walk around the floor and between buildings you'll pass some of the biggest names in media and technology. There is a great chance to hear announcements of upcoming new features in software and hardware. To make it round every single stand would take a very long time – there are 1,700 exhibitors – so make sure to plan where you'd like to be in advance.

There are an excellent range of speaking sessions mixed in with super networking opportunities at IBC Show. It's a premier experience and really is one of the “big” events that Europe has to offer that is on a par with NAB Show and CES in the United States.

If you're a content creator wanting to meet the faces behind the technology you use or an entrepreneur looking to expand your business network IBC is the place for you!

The show is on from 14-19 September at RAI, Amsterdam.

Building Business and Personal Brand at the Same Time

How to Choose the Best Social Media Platform