Saying NO gives you MORE with Phil Pallen

Saying NO gives you MORE with Phil Pallen Phil Pallen is an LA-based brand strategist who builds brands for media personalities, professionals, and entrepreneurs. Some of his clients are...
by Izabela Russell 6th May 2016 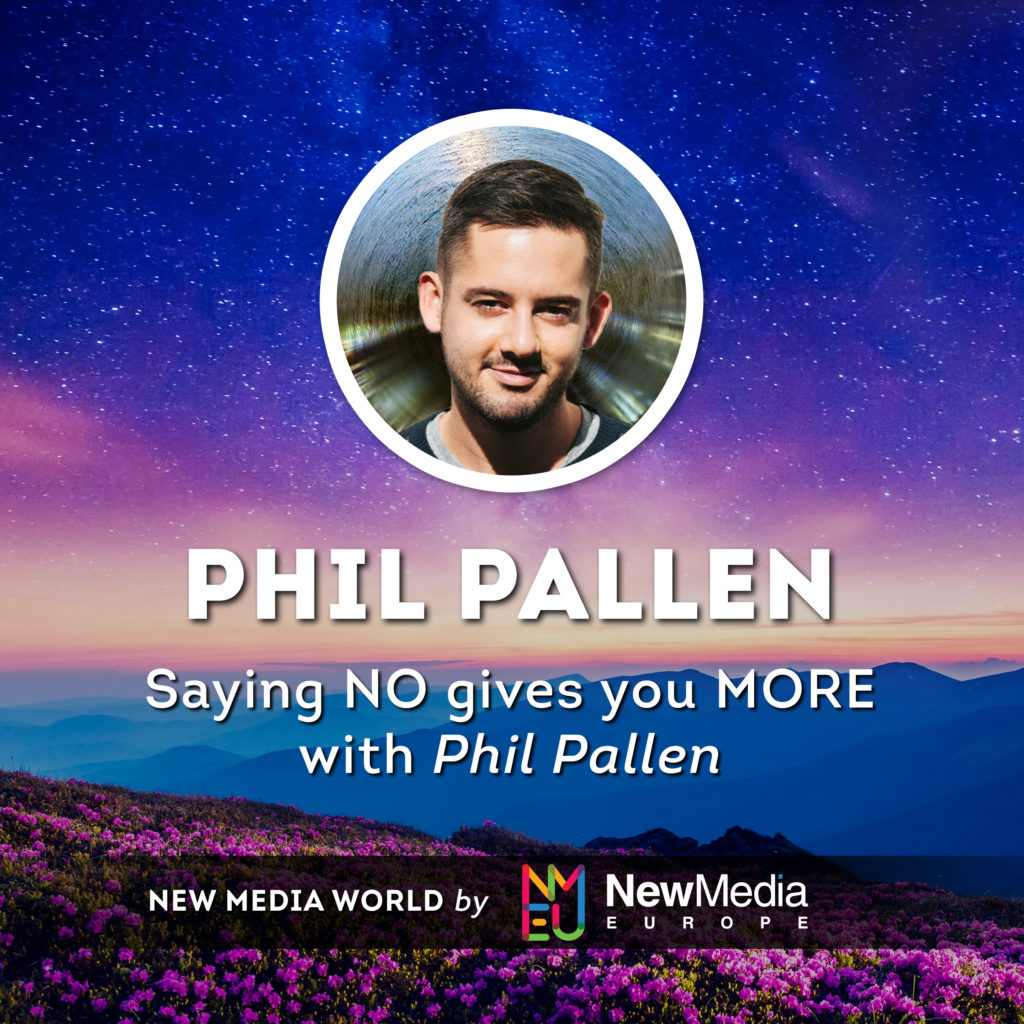 Saying NO gives you MORE with Phil Pallen

Phil Pallen is an LA-based brand strategist who builds brands for media personalities, professionals, and entrepreneurs. Some of his clients are media personalities who have appeared on shows such as Shark Tank, Dancing with the Stars, The X Factor, Project Runway, The Doctors, and many others.

You may learn more about Phil by checking out his website, connect with him on Twitter, or send him an email via [email protected]

Phil is a person who always has a smile or grin on his face, but he shared that he also has his off days. Doing his job which he loves is always a reminder for him of how lucky he is. He gets to wake up to do what he loves to do for a living. His job also allows him to work with amazing people and to meet the most interesting people.

Phil's first job was a TV presenter when he was 15. It motivated him to want to work in television or entertainment. After finishing his studies, he realized he didn't want to be host but instead he wants to be able to help people increase their visibility and build their brand. Phil learned most of his branding ‘tricks' by doing and seeing what works and what doesn't.

Phil doesn't consider himself successful yet. He thinks he's too young and it's too early in his journey, but he knows where he wants to go and he thinks he's in the right path. The biggest indication for him that he is going in the right direction is the ability to do his job – what he loves to do – from anywhere he wants. Money is great but it is not even close to the importance of freedom and the ability to call the shots in his own life.

If you can't put something out that looks and feels amazing to you and to the client, then there's really no point. Prioritising quality has made Phil more money. There's only so many hours in the day for you to get stuff done; when the wrong people are taking up your time, it means that other people are missing that opportunity that you could be spending doing something you love to do.

We also talked about how Phil's lifestyle and work. For him, work and vacation are not mutually inclusive or separate. He has successfully weaved his work into his frequent travels.

How to Find the Shared Interests of a Facebook Group