Chris Ducker is heading home to London, England from Cebu in the Philippines to create the first ever Youpreneur Summit. An event sure to rock the entrepreneurial spirit of Britain!

Who's Speaking at Youpreneur Summit? 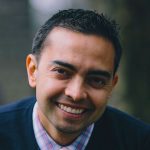 Pat is an American entrepreneur – living in San Diego, California – he's a blogger and podcaster best known for his website Smart Passive Income. He conducts income experiments, niche duals, affiliate marketing and more then shares the results with his audience. 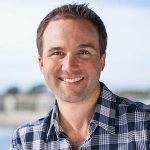 John has built his Entrepreneur On Fire empire from zero to a multi-million dollar brand over the last 5 years using the power of podcasting. He chats to inspiring entrepreneurs on his daily show and focuses on goal setting. He's had two successful Kickstarter book launches in the last couple of years which include The Freedom Journal and The Mastery Journal.

You'll also hear keynote speeches from Matthew Kimberley​ of Single Malt Mastermind and John Jantsch from Duct Tape Marketing. The power session speakers include Mike Morrison, Amy Schmittauer, Mark Asquith, Carrie Green, Janet Murray, Colin Gray, Joanna Penn and Russell James. Many of these names will be especially relevant to previous attendees of the New Media Europe conferences meaning Youpreneur Summit is shaping up to be a great learning and networking opportunity for 2017.

What Will You Learn and Who is Youpreneur Summit For?

If you're building a business online and want to know what works you're in for a treat. You'll hear everything you should be doing right now from marketing right through to making money online.

It doesn't matter if you're an established business owner or brand new to the world of entrepreneurship there will be something for everyone including coaches, authors, speakers, bloggers, podcasters, consultants and more!

London: The Home of Youpreneur Summit 2017

London is a city that never sleeps and Chris describes everything he loves about the city in this video.

Fish and chips, overpriced coffee by The Thames, the crowds, the shopping, the Underground… everything! The event is taking place, “just around the corner from Big Ben” right in the heart of Westminster, London.

Other Events Chris Ducker is Known For

This is not Chris Ducker's first experience at organising an event. 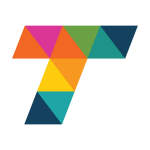 A chance to get up close and personal with some of the best business minds in the world. Tropical Think Tank – an annual event hosted at a 5-star resort in Cebu, Philippines that has finished this year. This year was the final year of TTT.

Chris has hosted one day masterminds around the world including in his home city of London. One day where the focus is your business for a small audience of action-taking entrepreneurs. The focus is on leaving you with the tools and inspiration you need to grow your business. 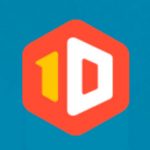 1DBB has not just been an event but furthermore it's also a live podcast. The aim, simple, one day to brainstorm and help you make your own personal business breakthrough. Hosted by Chris Ducker and Pat Flynn.

In November 2017 Chris Ducker returns home to host the first ever Youpreneur Summit. There are currently no discounts or coupons for Youpreneur Summit 2017 therefore you should consider booking now. Tickets are presently on sale at early bird rates for the lowest price possible so book your place now.

Is TV Good for You?

Things to Do on the Longest Flight in the World